This is a case study in the original Plum Blossom Divination book written by Shao Yong (?).

It was You Year, 8th month, 25th day at Noon. A merchant Mr. Yang went to persuade Shao Yong to buy his agarwood. He dropped his merchandise while entering Shao Yong’s house. Shao Yong said, “What you are selling is fake agarwood.” Yang said, “Nothing is more real than this agarwood.” Shao Yong pointed out that it was not real agarwood but some cheap wood grown on the marsh. It was then boiled in scented water and dried under the sun. Yang went away with fit of anger. 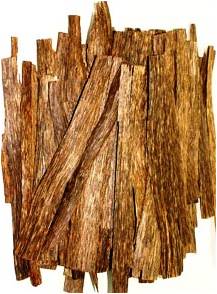 What the man claimed to be agarwood was wood from marsh chopped into pieces, placed in a large kettle, boiled in water with scented powder and then dried under the sun.

One month later, a friend visited Shao Yong who just participated in a Daoist ceremony. He said that the agarwood used did not have the good smell of agarwood. Shao Yong told him someone was trying to sell him fake agarwood  the month before. Shao’s son sent a servant to find out what was going on in the ceremony. The servant came back saying the priest was the same Mr. Yang who tried to sell agarwood to them.

Compassion is the word

I received several emails from readers of my blogs and facebook pages commenting that I am wasting time to share my knowledge in public. I thank them from the bottom of my heart and would like to post a picture to reply to them. 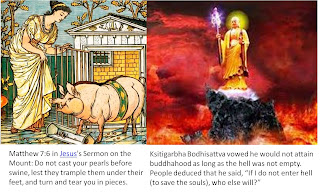 I am just saying there is a little similarity. It will be a long way .....

There is a big difference between the two charts including the luck pillars.

Chart2：Using Li Chun as beginning of a year


The little bit of Ding fire on the year pillar is feeble and under attack by the month stem Gui. It indicates that his childhood was miserable. Now, this wounded Ding fire on the year stem supported by the branch Mao indicates that his survival depended on his kind nature adopted from his ancestors. During the Ren Zi luck period that covered 6 to 15 years of age, Ren tried to combine with Ding to remove the fire but because of the clash between Ding and Gui, the combination failed.  However,  when the year Ren Wu came, the additional stem Ren successfully combined with Ding and took away his eyesight.
The natural flow of qi in this chart is from water to wood when fire prevents the water from being frozen. As a matter of fact, when metal comes into the chart, it nourishes the water and brings him fame. When fire comes into the chart, it provides more warmth making life easy.  Apart from being blind, he enjoys fame and fortune through his performance fire.


Mr. Wu Jun Min did not expect him to live beyond the luck period Geng Shen in his proposed chart. That was why he commented that Mr. Liu would encounter disaster and he did not include the next luck pillar in his reading. Well, as a matter of fact, Mr. Liu is still offering life reading services today.

This is a real case study of a famous person who is still active today. It is easy to see which chart is his real Bazi.

It should also be noted that Chinese New Year day was 23 January in 1928. If Lunar Calendar was used, it would also be the same chart as Chart 1 except that the month pillar becomes Jia Yin.

The first Bazi scholar who advocated to change the year pillar at Dong Zhi 冬至 was the late Mr. Wu Jun Min 吴俊民 of Taiwan. He has written a lot of books one of which has the following case study of a very famous blind diviner.


The blind diviner was Mr. Liu De Nan 柳得男 who offered his services in Min Xiong 民雄. He was born on 25 January, 1928 at the Zi hour from a very ordinary family. When he was fifteen, a high school boy, he did something that changed his entire life. One day, he was walking home from school when he saw a naked young girl lying dead on the road side.  He took off his shirt and covered the dead body, buried her and then walked home. He became blind that same night and it was found to be incurable.


He could not attend school any more and started learning divination. Nobody knew how he learnt this art and there were a lot of stories floating around. I have read one version of the story from a book written by the “Lotus-born Living Buddha  蓮生活佛” about this blind diviner.  It was suggested that the blind diviner heard the voice of the young girl telling him the past events of the client every time he read the destiny of the client….


Anyway, let us examine the two charts of this blind diviner with two different year pillars.

Chart 1: Using Dong Zhi as beginning of a year

According to Mr. Wu’s book, referring to the chart with year pillar Wu Chen, the incident of the young boy covering the little girl’s naked corpse happened during the Ren Wu year 壬午年 when he entered the second luck pillar Yi Mao 大運乙卯.

His life was miserable during the entire Yi Mao luck pillar because his chart required the most needed fire to warm it up. Even during Bing Chen luck pillar he did not have a lot of business. Luck changed when the luck pillar Ding Si 丁巳 kicked in and for the entire 30 years with fire, he was able to get rich. However, stepping into the Geng Shen luck pillar, the complete water frame of Shen, Zi and Chen will bring him disaster.

The analysis is not too far from the truth. However, when we take a look at the chart using Ding Mao 丁卯 as his year pillar because Li Chun 立春 has not arrived yet, we find something that was missing in his reading.