Discussion and debate benefit the participants as well as onlookers. Attack can be categorized into two types – (1) attacking a statement or a hypothesis and (2) attacking the author of a published work. The first type of attack can generate a heated debate and whether it turns into a personal attack will depend on the participants. The second type of attack is mean and the attacker is the loser right from the beginning.

For example, when my article about Xuan Kong Fei Xing was published on April 7 2013 on Facebook, it generated quite a lot of attention and discussions. Howard Choy contributed a lot to supplement the article. Others also expressed their opinions or elaboration on certain points.

The same article invited attack by Compass Chung posted on his group created with only one purpose – to attack Joseph Yu and FSRC. Issac and Compass Chung think that if they can prove my teaching is faulty then they can ruin FSRC and take over everything. This is what they dream to do to someone who helped Issac Chung to lay a good foundation to his international teaching career.

Although it appears that Compass Chung is just attacking the statement “In Feng Shui, we focus at directions, not location.” This is legitimate as it may initiate a debate. However, this is not the case because the focus of the statement is intentionally ignored. In Chinese we call this strategy 斷章取義 truncating an article to get (the deviated) meaning/idea. The statement should be viewed with reference to what the entire paragraph is about and should not be viewed as a general statement.

The entire paragraph is about the way the stars come into a house dictated by the three stars in the central palace. The statement “In Feng Shui, we focus at directions, not location” explains the idea that a house is not divided into eight wedges or nine rectangles and the stars do not reside in those locations. We focus at the fact that the stars come from the eight different directions and do not reside in the eight or nine locations. Either the understanding ability of this young man is too low or he purposely twists the idea in the paragraph to suit his purpose.

The attack is not really on the content of the article and therefore does not initiate a debate. He does not deserve any reply at all. His inability to understand and follow a simple article can be forgiven but I think it is more probable he did it intentionally because this is his conclusion:

Two major issues may arise because of his statement:

1.   If someone encountered Joseph Yu's idea of Feng Shui first, he or she will probably think Chinese is a stupid and superstitious race. That is why it is understandable when Paulo Mendes said he is skeptical about Feng Shui - Joseph Yu's statement doesn't seem logical at all.
2.   For his certified Feng Shui practitioners who worship him, they will take his words as words of god and provide questionable Feng Shui consultation for their clients. By carry out services based on Joseph Yu's statement, they may endanger other people's live;not to mention that they are teaching this principle and spreading the poisonous gas to the public.

One can see that this is written with a mean intention. Well, I give him the benefit of doubt that the article was actually written with his father’s idea and not his. The writer of the above “issues” can already be sued for defamation. I am approaching total retirement and it is a good chance for Issac Chung to take over. He is too impatient and ruins himself totally. Evil at heart is not a heart disease and therefore incurable.

What is supposed to be gratitude turns into hate


Some people ask me why Issac Chung hates me so much. I really don’t know. I can only disclose a little bit of history and hope that someone can enlighten me why things go in such a direction.

In 2004 I organized a Face Reading seminar for Issac Chung introducing him to my students. Here are two photos taken during the seminar at Feng Shui Research Center and at a celebration dinner after the seminar. 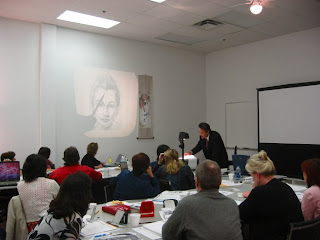 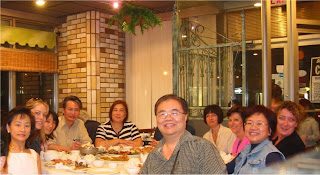 Dinner after seminar with students

After the first seminar, I encouraged my students to organize seminars for Issac in USA (Judy Morris), Spain (Olga Garcia), UK (Foon Chik), Argentina (Monica Ottaggio), Panama (Tatiana Tobar), Chile (Olga Garcia) and Australia (Jodi Brunner). Issac also organized his own seminar in Toronto under his own school – Royal Academic Institute. I was happy to see a friend rising so fast in his global teaching career.

I have no idea why he is now attacking Feng Shui Research Center and myself with all his time and energy.  It is totally absurd and incomprehensible. If anyone can give me an answer, I will be grateful.

The following is quoted from a Buddhist book. You will find the situation amazingly similar in Feng Shui.

"Buddhism was regarded as an educational system, and
not a religion when it was first introduced into China. Regretfully, about two hundred years ago, the practice of Buddhism had taken on a more religious facade.

Buddhism is a special kind of knowledge; it is not a religion. In order to derive true benefit from it, we have to understand its true nature.

A teacher can only educate us about the principles, tell us of his/her experiences in practice and attainment, and suggest various methods for our attainment. The rest ultimately depends upon us."

Well, well, in Feng Shui education, what we learn is the teaching of the great masters in the past. We are learning from the great masters themselves through their written work. A teacher is responsible to educate his/her students about the principles, and tell them of his/her experiences in practice and attainment.

The first part is fundamental. The second part is only a guideline and sharing experimental results.

A good teacher must teach the fundamental principles and his/her experiments (practices) must be based on these principles. It is not sufficient to say that this is what my teacher told me and he is the most experienced teacher today.

Anything not based on principles is not worth trying because it is dangerous. An experiment is only to verify a theory. We should not practice anything blindly without a theoretical background. Statistical results inspire us to formulate a hypothesis. Further results will confirm the theory.

So, when someone tells you with arrogance, "I don't care about theories. They are useless. My teaching is the best as it is supported by my experience." Beware.

There is a Chinese proverb saying that among three people who walk together, at least one is for sure to be my teacher 三人行，必有我師焉。"

This means that I can always learn something from almost anyone whom I encounter. A teacher-student relationship may not be established in this case. Such situation may be extended to attending a talk given by someone publicly, be it free or a fee applied. You are not obliged to recognize the teacher-student relationship. You may be attending the talk/gathering with the intention of merely obtaining some information or purely for socializing or entertainment.

When someone gives a course and you attend this course paying a fee with the intention of learning something, a teacher-student relationship is established. The relationship may be loose or firm depending on the follow-up after the course. If you find that it is not your cup of tea, and there is no intention to continue, the relationship is terminated right away. You can consider that you have not taken the course altogether if you honestly disagree with whatever is taught.

If you meet your first teacher of a subject and take the course whether online or in person and there is adequate communication after the course and you really learn to your satisfaction, then at least the teacher is your Enlightening Teacher. In English this term may not exist but in Chinese this is known as a Qi Meng Lao Shi 啓蒙老師。Even if you learn from other teachers later, this first teacher is of primary importance in Chinese culture.  To understand this term you can read about the hexagram Meng 蒙.

As teachers, we cannot expect to be liked, much less loved, by all our students. If I have 3000 students and about 70 of them have achievement and recognize the teacher-student relationship, I will be more than satisfied.