The Illness of Men

When I was young (in the twenties), due to
success in studies and writing books, I was very
proud of my achievement and the ability to
understand things I wanted to learn. When I
studied ancient books on Chinese Metaphysics, I
thought that I knew much more than all those who
had been practicing for 30 years. In a way it was
true. But when I continued to study, I was
alarmed at the fact that I actually knew very
little.

Today, I see my shadow in some talented young men
who are teaching Chinese Metaphysics in the west.
It was lucky that I did not teach until my master
allowed me to - 10 years after his death. Why?
Otherwise I would have passed on a lot of
immature materials that could be harmful and
created bad karma.

There is a famous Chinese saying (maybe from
Confucius): The illness of men is that they love
to be teachers of others
(人之患在好為人師
). This is the origin of the term : The illness
of men (人之患) to represent
"teachers".

Therefore, I demand my students to teach only
after they have practiced for at least 2-5 years
depending on the amount and quality of the cases.
It is not practical to demand that my students
teach 10 years after I die!

In the west today, there are a lot of people who
start teaching after attending a weekend course.
Beware!

People today use a lot of cooked up stories to
tell how effective their practice (with no
theoretical background to support) is. When the
practice brings misfortune, they would say that
without the practice, it would have been much
greater disaster. The practice actually saved
peoples' lives so that they are only hurt, not
dead.

An incompetent doctor can kill a patient. An
incompetent feng shui practitioner can bring
misfortune to a family. What can an incompetent
feng shui teacher bring?

Joseph
Posted by Joseph Yu at 8:44 AM No comments:


This is a very interesting story about Wei Qian Li 韋千里. 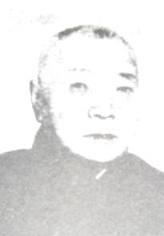 Cheung Wai Lok 張維樂 was born in a Christian family and baptized when he was 10 years old after attending only one lesson of Christianity.

In high school, his Chinese teacher introduced briefly divination while teaching the Yijing. Cheung found divination more interesting than going to church. He studied divination and was able to predict some future events and gave advice to his friends. He was known among his friends as a living fairy who could tell the future.

A professor who has taught Cheung's Chinese teacher immigrated to the United States of America after retirement. One day the professor sent his birth data to Cheung’s teacher and asked him to request a reading from the famous astrologer Wei Qian Li.

Wei was able to predict accurately what would happen in the days to come including the day when the professor would pass away.

In 1977, Cheung had a lot of problems including relationship troubles. He went to consult Wei Qian Li. Wei told him he would face a serious catastrophe at the age of 39. Cheung was worried.

Time flew fast and Cheung was then 40 but to his surprise, nothing serious happened during the entire year before he turned 40. Cheung went over the entire reading and found that everything before he was 36 was accurately predicted by Wei Qian Li but nothing predicted after 36 including the disaster at the age of 39 actually happened. He was puzzled.

Then he remembered that he started going to church regularly and gave up the practice of divination at the age of 36. He returned to God and was able to break away from the life controlled by the devil as predicted by the astrologer.

What do you think?