There are a lot of technical problems we encounter when we practice Chinese Metaphysics. For example, in studying the Four Pillars of Destiny, how should we take the hour of birth so as to obtain the correct chart?

Theoretically, we should use the true local solar time of birth of the person. In ancient days, ordinary people watched the shadow of the sun and told the time from experience. At night, the government used a graduated cylinder of water to tell the hour and employed people to announce the hour walking every street. Obviously, the time cannot be reliable. Therefore, astrologers in China in the old days followed this rule: When in doubt, test three hours to find out which one applies 不準但作三時看.

Today, we have the clock that tells time reasonably accurately. However, the time zone covers 15 degrees of longitude and each degree is equal to 4 minutes of time. The true local solar time for 2 places within the same time zone can differ by as much as 1 hour although the clocks read the same in the two places. To be more accurate, the equation of time tells even more accurately the true local solar time. However, we must not rigidly say that the supposedly most accurate method of using the equation of time must be employed for the purpose of erecting the correct hour pillar. This is because there is another principle in science that is ignored. In using a formula that consists of several variables, the accuracy is determined by the product of the individual accuracies of all the variables. The accuracy of the birth hour depends on how we get this value and of course the other factors that affect the deviation of the "clock time" from the true local solar time. You can see that in the old days when the clock was not used, the hour was very questionable. Today, it is much more reliable. However, we do not know when the time of birth is recorded in the delivery room. You can imagine the doctor and nurses must be very busy taking care of the mother and baby. How accurate will the birth time on record be?

Yes, we should try to be as accurate as possible to get the true local solar time with every scientific adjustment. We still must not forget the rule used by ancient astrologers - when in doubt, try three hours to see which one is true. Remember that one Shi 時 is equivalent to 2 hours of today. The rule should be quite enough. To use the clock time without any adjustment is ignorance. To say that using scientific adjustment the hour will be free from mistakes is arrogant. Use adjustments but never forget the ancient rule of testing for truth.

Well, today there are "creative" people who advocate the use of the clock time without any adjustment, even the artificial daylight savings time should not be adjusted. This, they say, is because they use the principle of synchronicity. What I can say is that destiny reading is the study of qi in terms of the yin and yang and five elements. It is NOT divination and therefore the principle of synchronicity does not apply.

If destiny reading is divination, then why not just use any date and time that strikes your mind when someone wants a reading? This solves the problem when someone really does not know when he was born.

It is good to be creative only with sound reasoning.

In the same way, if one tries to use the Lunar Calendar for Four Pillars of Destiny, one should aim at developing a complete system. The year begins on Lunar New Year Day. Each month begins with the first day of the lunar month. In other words, the Year Pillar changes on the first day of the lunar year. The Month Pillar changes on the first day of each lunar month. The problem arises with the Lunar Leap Year (Ren Nian 閏年). If there is an additional month, then  this month will consist of double the number of days of an ordinary month. The consideration of the strength of the five elements will also be quite awkward. If one is using the lunar calendar, then one must not refer to the solar calendar to define the 12 stages of life.

Furthermore, the luck pillars will also have to be defined according to the lunar calendar referring to the first day of the month and not to the Jie.

In other words, there are just too many problems arising from using the lunar calendar. To mix the two calendars in one system is just a joke. It is not the attitude of a serious researcher.

Joseph Yu
Posted by Joseph Yu at 9:13 PM No comments:


Chinese Metaphysics consists of living systems. They are living in the sense that they are not passed down by extraterrestrial beings from outer space and passed down from generation to generation without changes.

In the study of Four Pillars of Destiny, the late Mr. Wu Jun Min 吴俊民 invented the theory of changing the Year Pillar at Dong Zhi 冬至起年. He had some followers and I am of the opinion that his attitude was right.

If anyone wants to do research work in this direction, he is most encouraged. I find Mr. Wu’s case studies simply disprove his ideas. I showed the case of Astrologer Liu of Min Xiong 民雄柳相士 in an article I wrote on this blog several months ago. If anyone wants to advocate that the month begins with Qi instead of Jie and the year begins with Winter Solstice, it becomes legitimate provided convincing case studies accompany the hypothesis.

Joseph Yu
Posted by Joseph Yu at 2:50 AM No comments:

The ugliest building in China

This is the newly crowned ugliest building in China. This is the building of Ren Min Ri Bao 人民日報 - People's Daily. Does it mean that all you can find in the newspaper is FXXXing rubbish? 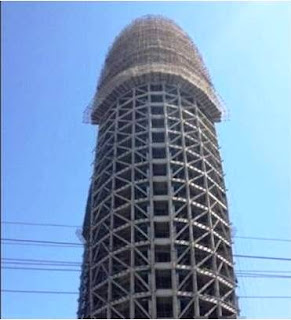 If the goal is different, then ... 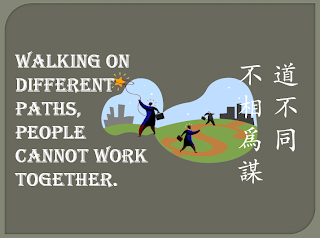 If a person has in mind nothing but getting rich to the extent of dreaming to be the richest man on earth, then I doubt how many men will walk the same path as he.

The Way to Work Together

The way for different people to work together towards the same goal is to tolerate and respect each other. For example, there are different Feng Shui schools. As long as different schools work with the same mission - to help people live in harmony with Nature to improve their lives, then it does not matter how they achieve this end. These different schools should exchange their findings to help each other improve their technique. If a school can produce a lot of good teachers, it is a good school because they help each other to walk on the right path. 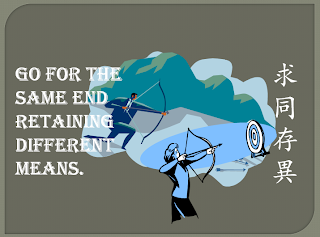